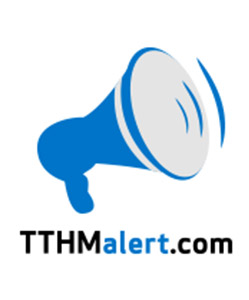 The dangers caused by the enormous wildfire near California’s Yosemite National Park are clear to anyone who has seen the dramatic videos and photos. But a fire that has already razed an estimated 134,000 acres of land in nine days and is only twenty per cent under control holds an even greater long-term threat to the drinking water supply, as the Hetch Hetchy reservoir adjacent to Yosemite provides drinking water to over 2.6 million residents in the San Francisco Bay Area.

Ash falling into Hetch Hetchy significantly increases the amount of organic material in the source water and post disinfection, an increased level of carcinogenic Trihalomethanes (THMs) in the drinking water supply, while fire-suppression chemicals kill fish and contaminate the aquifer and increased solids clog filters.

Unfortunately, most consumers will not know whether their water is safe because of the time taken for laboratories to analyze drinking water samples from their city´s water utility by which time millions of gallons of water will have been already piped to them.

Fortunately, there is already a tried and tested solution installed in a number of Northern California water utilities, in the form of the THM-100, a fully automated system developed by Sunnyvale based Aqua Metrology Systems (AMS) that provides real-time data of the THM levels in a city’s water supply and can alert water utilities and consumers immediately if there is a problem so the water utility can take preventative actions. The Californian cities of Sunnyvale and Benicia are examples of the early adopters of this technology and their water quality readings can be seen at www.tthmalert.com

“While the devastating Yosemite fire raises serious challenges about the ensuring the safety of drinking water over the coming weeks, the fact that THM levels can be monitored in real-time year round will give consumers confidence their water is safe to use before they do so”

About the Hetch Hetchy Reservoir